Growing up, there was a certain stoicism to my family that I didn’t see in the households of my non-Asian friends. It’s why as an adult I enjoy seeing a different side of my mom when we joke around or share experiences that, while growing up, we maybe didn’t pursue as frequently as, say, Westerners.

Seeing a movie at the theatre is one of those experiences because, for one, while my parents may enjoy the outing, they don’t easily relate to anything you might find at your local Cineplex. So when I was checking out films for the Vancouver International Film Festival and read the synopsis for the locally filmed Meditation Park, I knew it was a movie my mom needed to see.

Written and directed by Mina Shum and starring Cheng Pei Pei, Tzi Ma and Sandra Oh, the film follows the journey of Maria, a long-settled immigrant who discovers her husband of many decades, the man she has been dutifully caring for and with which she has raised two adult children, has been having an affair.

What follows is Maria’s rediscovery of self and her pursuit of freedom. Slowly, her world opens up and she begins to see the many paths that lead to independence, whether it’s learning how to sell parking near the Pacific National Exhibition or making an unlikely friend.

Maria often hides her opinions and feelings from her husband, not out of fear but as a form of respect because that is what Chinese families do: we respect and we defer to the patriarch, no matter how frustrating it can be at times. Wives grin and bear it while their husbands fume; children clench their fists but remain quiet while their fathers lecture.

It may seem absurd to outsiders, but in Chinese culture, putting up with it is almost a form of respect and obedience. The challenge, as an immigrant in a new world, is learning to mesh your cultural values with the freedoms offered by your adopted Western home. Meditation Park highlights that experience beautifully through the eyes of someone who is beginning to realize there may be another way to “save face” but still stand up for oneself.

My mom and I went to see the film on opening night of the festival. Tickets were sold out but I told her we could take a chance in the standby line.

“There’s no guarantee we’ll get tickets, you’re OK that?”

“I’m fine with it,” she said, nodding her head and pulling up her posture, as if to prove she was fit for the job. Thankfully, a pair of strangers decided they didn’t need their tickets and were happy to share them with us. 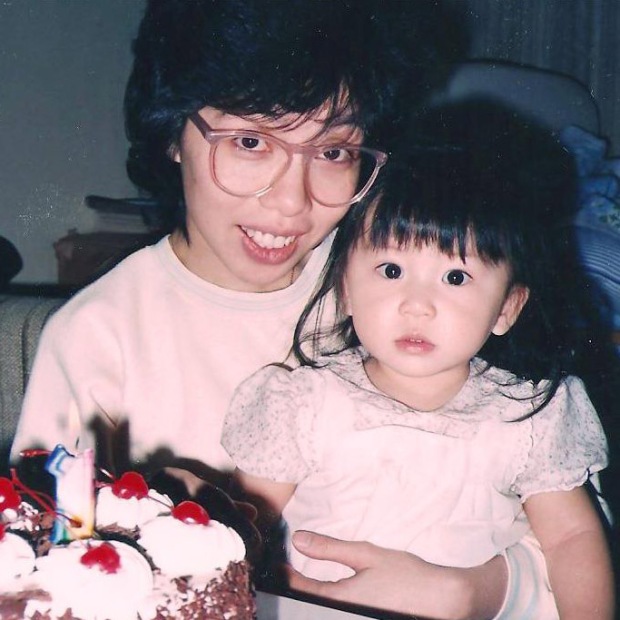 When the credits rolled, I asked my mom what she thought and how she felt about the film. There are qualities in the character of Maria that I recognized in my mom, among them, the longing to be independent, to focus on herself without guilt.

My mom said she admired Maria’s bravery and boldness, and that she wished she could do the same. She remarked that, having lived in Canada for decades, Meditation Park was the first film she had seen that so clearly depicted life as a long-time Chinese immigrant in Canada. She has seen plenty of Chinese films (she was very excited to recognize Cheng Pei Pei and Tzi Ma) and has seen her share of English-language films, but Meditation Park was the first film to speak to her in a way she understood.

After the film, she wanted to meet the director and so, as a good daughter trying not to be embarrassed that my mom was so starstruck, I took her down to the theatre’s main floor to meet Ms. Shum.

Mina Shum, the writer and director of Meditation Park, is pictured on set in this handout photo.

Tapping Ms. Shum on the shoulder, I apologized for interrupting and thanked her for making the film and introduced my mom. She asked my mom what she thought and I immediately recognized the all too familiar look in my mom’s eyes.

Overwhelmed and emotional, she asked Ms. Shum if she spoke Cantonese and when Ms. Shum responded with a yes, my mom told her, in Cantonese, that the film was “very good, very enjoyable” and squeezed her clasped hands. I chimed in to say I didn’t think my mom had ever seen a movie she related with so well before.

And what a loss it is that our stories aren’t told very well or very frequently. In the case of my mom, she recognized in Maria a kindred spirit and as a result, the film validated some of the feelings I suspect she grapples with.

This is why representation in film matters, most of all. It’s so that people like my mom, whose stories are often considered “niche” and sidelined by Hollywood, can be affirmed in the spotlight, encouraged and told that they matter too.

You can see Meditation Park as a part of VIFF on Sept. 30 and Oct. 11, though both remaining screenings are currently sold out. The film opens in theatres March 9, 2018.